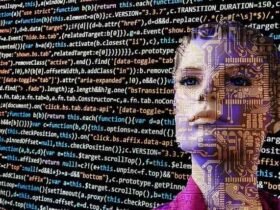 Is Programming A Good Career?

Which programming Language does Unity Use ??

Functions in C# consist of a sequence of lines of code that are combined together to build blocks of programming instructions. Functions contain variables, control statements, and decision statements. These statements use variables that manipulate variables. These functions can be called as and when required and from multiple locations in the developed program.

Which programming language does Unity use? beginners often face these questions and they end in the with answer C#. C# in unity is used to write scripts. These scripts contain variables, The variables in C# scripts contain public or private keywords. When the data member is declared as public it is accessible within the class member functions and when the data member is declared as private then it is not accessible within the member functions of the class.

Private variables are accessible within the class and these variables can be manipulated with the member functions of the class. All the variables declared as private are easily traceable during the debugging phase.

All the variables declared as public are accessible within the class and outside of the class. Since these variables are accessible through the script they are more error-prone and tracing them during the debugging phase is a cumbersome process.

Variables in C# scripts can hold values of type number, text/strings, and other complex values. The name of the variables in C# can not begin with digits, and spaces within the name are not allowed. C# use Camel case naming conventions.

Functions within the C# scripts are used to manipulate variables declared within the script. C# in Unity containing inbuilt functions such as Awake( ), LateUpdate( ), Update ( ), and Start ( ).Functions in the C# script can return values, thus the prototype and function definition must contain return type. Function names in C# begin with the capital letters, and the function definition is enclosed within the curly brackets. The function contains manipulation statements and when all sort of manipulation is done it returns a value. If the function does not return a value then its value is void.

C# script can contain if statements, for loops, D-While loop, for each loop. The loops in C# are used to repeat a particular set of instructions.

The answer to the question Which Programming Language does Unity use ? is C#.