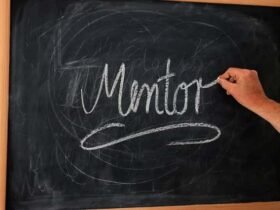 Why Is Mentoring Important In The Workplace?

To choose a particular language, the programmer must do a comparative study to know the strength and weaknesses of the language is selected. The selected language must align with the desired objective. The language options narrow down to one when the software application and the objectives are finalized.

Characteristics to be Considered

If the inbuilt library of the language has vast coverage of different functionalities, then it contributes to reducing the number of lines of code that in turn reduces the execution time of the code.

To select appropriate language following factors must be considered:

It is critical to understand the importance of the platform on which the developed application will run. The language must be chosen that should be platform-independent. If the application is web-based, then the application should have the same appearance, and all the functionalities must work in the same manner across all the browsers. It is possible that the same language may provide a bit different appearance and a bit difference in the functionalities on different browsers. Thus browser compatibility must be checked for the selected language.

Language extensibility enables a programmer to extend the code when required. This is required when new features are needed to be added to the developed application. The most critical aspect of adding a new feature is that the language used to develop the application has an in-built library that can support the added feature. If the inbuilt library is not available, then the language must support the functionality using which new library can be included in the language? Is the language capable of meeting up the future requirements?

The turnaround time of the application under development must be less. This time is directly influenced by the code size. Code size depends on the language.

The language must be selected such that its performance is the same in different computing environments. To compare the performance of different languages, different benchmarks have been developed. Language performance is one of the critical factors to be considered when the platform on which the application is being developed is hardbound and does not provide extensibility.

Technical Support of the Language

The objective is also an important aspect of selecting the appropriate language. If the application is being developed at the commercial level and the web-based interface is not required then a programming language such as COBOL, C and C++ is an appropriate choice.

If the language is being used for developing scientific applications then the programming languages such as ALGOL, FORTRAN, MATLAB, and R are significant.

For applications that handle the functionalities related to Artificial Intelligence than programming languages such as Python, LISP, Java, R are suitable.

If the application being developed is web-based then Object-Oriented language is the best choice.

If system-level programming has to be carried out then a programming language such as C is the best choice.

To achieve inheritance and reusability, Object-Oriented Programming languages are used instead of Procedural Languages.

Programming languages that are available to instruct machines and make them do things and implement the procedure, principles, and techniques of Artificial Intelligence are Python, R, Prolog, Java, C++, and LISP.

The libraries in Python for AI are readily available. For example, TensorFlow is an AI library that is most used for machine learning applications. PyTorch is another library that is available for natural language processing and computer vision.

All the applications that are developed in Python are platform-independent, and it gets attached with AI programming languages easily.

R is another programming language that is available for Artificial Intelligence. R is used for data analysis. R has inbuilt libraries that are available for machine learning and data mining.

Java is also one of the programming languages that is used to implement procedures, principles, and techniques of Artificial Intelligence.

Java has an inbuilt machine learning library. Java is also used to implement procedures, principles, and techniques of Artificial Intelligence to make robots.

Thus, C++ is also one of the options for doing programming in Artificial Intelligence.

Which is not the commonly used Programming Language for AI

C++ is the only language that is not commonly used for implementing procedures, principles, and techniques of Artificial Intelligence.

The selection of appropriate AI language is critical. AI languages are used to make decisions based on a pattern that exists in the data. AI languages develop a heuristic on the basis of the pattern that exists in the data taken under study. Heuristics are developed to treat data. Using these heuristics algorithms are developed to process required information in order to imitate the intelligence of human beings. Processing information requires abstraction, and this is possible by using languages that are specially designed to work for Artificial Intelligence.

AI tries to imitate human cognitive science by processing natural language, mapping human vision to computer vision, and developing adaptable systems. An intense specification analysis is done to imitate human science in AI. This is not possible in one attempt. It is a rigorous and iterative process and improves with each iteration. In each iteration, interaction with the domain expert and subject under study is done. In AI, heuristics are developed using rapid proto-typing approaches.

A language must be selected in such a way that uses a data structure that enables AI programmers to associate data and establish a link between them, and AI programmers are more interested in using language that offers this type of data structure, such as trees. AI programming deals with the matching of patterns based on pre-specified or developed criteria. Those languages are used AI programming that supports pattern matching. Standard languages such as C language, Pascal language, and FORTRAN language miss in these types of abstractions such as binary trees and rigorous pattern matching.

Two of the known Object-Oriented programming languages are C++ and Java. Java is also used few AI applications. Java has found its application in intelligent agents, searching and finding on the internet and conducting data mining to find patterns. J++ has its root in C++ and is extensively used on the Internet. Java supports automatic garbage collection and multi-threading that is extensively used in AI applications. Java intelligence is used to interact with the users on the internet. Java intelligent agents are used to provide the next step to be processed to users surfing the website and for intelligent do not have to interact with the user they only had to make decisions on the heuristics. Although Java has many features that make it useful for AI programming then also it is the least used AI programming language.