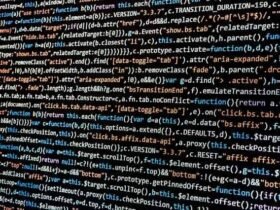 Which programming language does Arduino use? The answer to this question is different languages. Ardunio uses multiple languages. It depends on the programmer’s capability of working with a particular language.

A few of the popular Arduino programming languages are ArduBlock, Snap4Arduino, C#, and Python.

To display the number of blocks available the button “Engduino” provides you with the available blocks. The “Engduino” has “Set All LEDs” that is used to set all the LEDs available and put them on the loop. The “Control” category has the option “delay MILLIS”. This complete a simple example of Ardublock. The completed example is uploaded to Engduino.

Snap4Arduino has wide support for Arduino boards. Snap4Arduino firmware is Firmata. Pinouts of this language are auto-configurable and hardware abstraction is high-level. Snap4Arduino supports interaction with multiple boards simultaneously. Sanp4Arduino also has a desktop version.

Snap4Arduino has an online version that supports the connection of Arduino boards using chrome plugins.  Snap4Arduiono is freeware and comes under the license of Afero GPLv3.This language is capable of making the translation of Arduino scripts into Arduino sketches.

Snap4Arduino has well-established support for HTTP protocol that can be used to control board circuits using a remote control. Snap4Arduino programming language can also be used to do live streamings. All this is done using Command Line versions of the Snap4Arduino.

Snap4Arduino has a desktop version for Linux, MacOSX, and Microsoft Windows. To install Snap4Arduino StandardFirmata is required in the Arduino board.

Functions in C# consist of a sequence of lines of code that are combined together to build blocks of programming instructions. Functions contain variables, control statements, and decision statements. These statements use variables that manipulate variables. These functions can be called as and when required and from multiple locations in the developed program.

Private variables are accessible within the class and these variables can be manipulated with the member functions of the class. All the variables declared as private are easily traceable during the debugging phase.

All the variables declared as public are accessible within the class and outside of the class. Since these variables are accessible through the script they are more error-prone and tracing them during the debugging phase is a cumbersome process.

Variables in C# scripts can hold values of type number, text/strings, and other complex values. The name of the variables in C# can not begin with digits, and spaces within the name are not allowed. C# use Camel case naming conventions.

C# script can contain if statements, for loops, D-While loop, for each loop. The loops in C# are used to repeat a particular set of instructions.

Python can be used to establish the connection between the Arduino board and computer. This connection is serial.

Python also contains a def statement, this statement is used to define and declare different functions.

Python supports a comparison operator, this operator is used to compare numeric values or values contained with the objects.

Python has well-established and tested inbuilt libraries. Python has a vast range library that includes a library for database interaction. Python also has a library that provides functions related to the graphical user interface. If the Python program wants to interact with another computer on the internet or the program wants to pass messages to other computers on the network then to achieve this functionality python supports a library that has functions that can be executed to perform functions related to the network communication. Python also supports libraries that support web-based application development.

To import selected objects from a specific module following syntax is used.

Following are the components of Python: