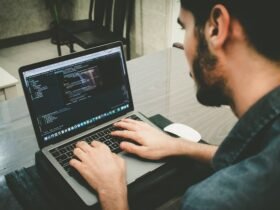 What Is The Job Of A Software Engineer?

Factors that decide compensation depend on analysis. One form of analysis depends on finding the compensation given to an employee working against the same work cadre, this analysis is also known as salary survey. Salary survey reveals salary range for a job based on job description.

Salary is also decided on the basis of Demographic factors,  number of persons available to carry-out specific jobs and job classification.

A good compensation motivates employees and encourages them to deliver more.

Salary of Software Engineer in India

India is working hard to deliver more IT output to the world. As per the INASSC report India holds 45 percent of the world software market. According to the NASSCOM survey India generated US$18 billion. India is getting its software work from the US, Europe and Japan.

Salary is also decided according to the task and time consumed to perform that task. Salary for data cleaning tasks falls within the range of 40 thousand Indian rupees to 60 thousand Indian rupees. Data cleaning task consumes approximately 4 hours per day. Salary for data analysis falls within the range of 35 thousands to 80 thousands rupees. This task also requires 4 hours daily.

Tableau is another that is growing fast and is used almost in 25 percent of organizations. Salary of a software engineer also gets decided on the basis of skills attained in operating these tools.  For example an employee having working skills on SQL, R and Scala is paid higher than a software engineer having programming skills in Perl, C#, Python and Java.

An employee having working skills of Spark and Scala earn 15% more than other data professionals. Where is the prototyping model of software development well suited?

What Is The Main Aim Of Software Engineering?