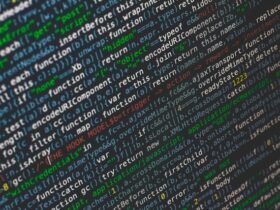 What Is The Basic Flow Of Program Execution?

The source code of the java program is converted into bytecode. The compiler does this conversion. To convert the source code into a bytecode compiler builds the abstract syntax tree using the token sequence used in the program. Hence the symbol table is generated.

The class file is independent of the Operating System, making the machine independent. The Java virtual machine runs this class file. It is verified that all the variables declared in the java program are initialized, all the function calls are valid, all functions and data that are private are accessible, and the stack is maintained.

Classes of the java program are initialized. After class initialization, it is executed, and constructors are evoked. If there are more than two initialization blocks, the execution sequence of the code block is the order in which they appear in the source code.

The return type of the exit ( ) method is void since it does not return any value.

Following example explains the use of exit ( ) method.

The system.exit(0) statement terminates the java program. This method is parameterized and has integer value 0 as parameter. 0 value signifies that the program terminated successfully.

Before the program gets terminated the message is displayed to the user about the value of i. The message contains the information that the program terminated since the integer variable i  has attained the value 2. This is done by executing the following code:

If this statement is placed after System.exit(0) then it will not be executed as the program will get terminated after executing System.exit(0).

Use of System.exit(0) program termination statement must be avoided as this thread invoking java language statement blocks and waits for the termination of JVM. This statement may also cause deadlock.

Another example stating the use of system.exit(0):

System.exit( ) terminates the Java Virtual Machine and in turn terminates the currently running process. The parameter inside the exit ( ) function is passed to the operating system. The system.exit( ) can be placed anywhere in the java program depending on the logic of the program and the desired objective to be achieved.