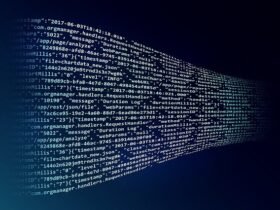 Where Does The Execution Of The Program Start?

Programs written in Java language are translated into byte code using JVM (Java Virtual Machine). To translate the java source code into byte code compilers are used. The grammar of the Java language is inherited from the language C and C++. Java Object-Oriented characteristics are taken from Smalltalk and Objective-C. Memory is managed by Java Virtual Machine using garbage collection techniques.

Java has a platform that is used to create and execute Java language programs. This platform of Java consists of a set of programs such as Java virtual machines, a compiler to execute java programs, and a rich inbuilt library. Java platform supports a large range of hardware platforms and operating systems, this makes java programs to be executed similarly on the wide range of hardware platforms and operating systems.

There exists a different kinds of Java Platform such as Java Card, Java ME, Java SE, and Jakarta EE.

Java ME is also known as Java Micro Edition. Java ME consists of a rich set of libraries and is used to develop applications that are executed on devices having limited memory size, limited display capacity, and limited power capabilities. A large number of mobile devices, a large set of PDAs, and a large number of set-top box devices use software applications developed on Java ME.

Java platform comprises of different programs and these programs contribute to the creation, development, and execution of different Java programs. Java compiler is one such program that is included in the Java platform. Java COmpiler is responsible for converting java source code into java bytecode. Java bytecode is used by Java Virtual Machine ad is known as an intermediate language. Java compiler comes with Java Development Kit also known as JDK. This bytecode generated by the Java compiler is converted into native machine code with the help of the just-in-time compiler. Thus java platform consists of a java compiler, a rich source of a library, and an environment that has the ability to execute bytecode.

The most important component of the Java platform is the java virtual machine. Java Virtual Machine is responsible to execute compiler-generated java bytecode. The bytecode generated by the java compiler is platform-independent.

Java Class Library is also responsible to execute Java programs, this class library is also available in Operating System but since Java is a platform-independent language the java platform contains these libraries implicitly without relying on the operating system. The Swing library of the Java platform is responsible to draw user interfaces and track and handle events. Java class libraries help programmers to perform tasks related to file handling, basic input-output operations, task-related to string manipulation, etc. The java class library also supports a large set of functions that are used for network communications. To perform network communication java.net library is used and to perform basic input-output java.io is used.

Third-Party Interpreters and Compilers of Java

The Java Development Kit consists of the following programming tools:

JDK is compatible with the Java Runtime Environment and is also known as private runtime. The Java Runtime Environment executes Java programs as well as the programs of other languages that are converted into Java bytecode. The specifications are given a JVM that defines what is required to convert source code into bytecode. These specifications are responsible for making the java program platform independent.

The JVM works with different data types and reference types. The JVM specification provides details of supported data types and reference types. The JVM also maintains a heap to store objects and arrays. The JVM maintains “method arera” which is a memory location where programming instructions, constants, and classes are stored. All the threads of the Java program are also maintained by JVM and JVM uses a call stack to maintain it. Each time a function is called JVM maintain a frame for it and the function execution is completed then its associated frame is deleted.

The JVM has detailed specifications for loading and storing required java components, for Arithmetic operations, for type conversions, for creation of objects and their manipulations, for maintaining stacks, for transferring and branching control, maintains and manage methods, JVM also handles exceptions and maintains and manages concurrency.

JVM is not platform-independent and is different for the different operating systems. The class file Java Virtual machine is Java Byte Code and its associated Symbol Table. The JVM language is JRuby and Jython. All JVM languages are interoperable.

Execution and Compilation of Java Program

The Java Virtual Machine then processes this class file to generate machine code. The class file is generated in three steps. In the first step class loader loads the class file along with all the referenced classes. In the second step, the bytecode verifier checks the code to find instructions that may refer to memory locations that are out of the scope of the program. The Bytecode verifier also checks whether all the variables are initialized not. All the function calls are compatible with their object references, all private data and member functions follow JVM specifications. The Bytecode verifier also checks that local variables are maintained in the stack and the stack does not overflow. In the third step, the Just-In-Time-Compiler converts the byte code into machine code.

The main() method in Java Program

The public in the above syntax is an access specifier that is responsible for indicating JVM that it is the beginning of the Java program. Static is also a keyword and specifies that this main() function can be called without creating its object. Void specifies that the man( ) method does not return any value. main() function is defined in the JVM and called upon by JVM to execute the programming instructions within main( ). The main( ) function contains the parameter string args[] and it is a string array, this parameter accepts the number of strings. This parameter handles command-line arguments. If this parameter is skipped then this java program will compile but will not execute as the definition of the main( ) method in the JVM is with the parameter String args[].

Which Is The Only Function All C++ Programs Must Contain?