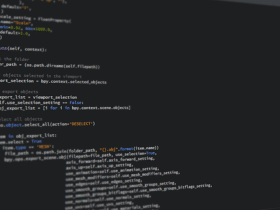 Inside a program any number of classes can be defined but each name of the class must be distinct. To understand it, consider C++ program structure.

Following is the structure of C++ Program:

Description of the C++ program structure is as follows:

A C++ Program Structure with Classes is as follows:

In the above code a is a global variable.

Declaration of Class: A C++ class consists of data members and member functions. Data members are variables or constants having specific data types to be used in the program. Member function contains programming instructions that operate on data members to achieve desired objectives. Class in C++ is a type. Class specifies behaviour of objects such as their creation, manipulation and destruction. Class must be designed in such a way that it should represent a single concept. Syntax of class declaration is as follows:

Classes occupy space in memory that space needs to be accessed. In high-level language memory space is accessed using an identifier. An identifier in C++ can be alphanumeric. There are specific rules using which the C++ identifier can be declared. In the above code alpha is the name of the class.

Data members and member functions declared as public are accessible from all the functions of the class.

Ada inspires the Template declaration of C++. In addition to this exception, the handling technique is taken from Ada, Clu, and ML.

Concepts such as multiple inheritance, pure virtual functions, and namespaces are developed based on experience.

A program is a representation of a group of ideas as a solution to a specific problem. Therefore, the structure of the program should correspond to those ideas.

A generalized guideline to create the structure of a C++ program is as follows: