Lakhs of applicants appear each year to take the IAS or the Indian Administrative services examination. That by itself should give you an indication as to its popularity. In fact, of all the civil services, the most popular one happens to be the IAS post.

And naturally, the examination for the services is hard, and the successful candidates have to go through a selection process, after which they would be picked up. So you are keen to know more about what is the job of an IAS officer, then do read on.

● IAS officer and the LBSNAA:

Once you have successfully cleared your IAS exam, you would be required to attend the Lal Bahadur Shastri Academy of Administration or the LASNAA. Here, you would undergo rigid training with horse riding at 6 am, followed by over ten hours of academic courses, lectures, and even seminars.

It is part of the fifteen-week training module at the LASNAA, and all successful applicants with grade 1 are required to undergo the same. The academic module, for instance, teaches you about the intricacies of policymaking,  project management, national security, soft skills, e-management, among others.If you thought that being an IAS officer was easy, it is not. It is anything but easy. And as for the question of what is the job of an IAS officer, this rigorous course trains you specifically for the various challenges you are bound to meet in your duty.

When it comes to the first assignment, almost all IAS officers are assigned fieldwork. And if you had successfully attended your 15-day course, you too would be assigned the same.

It should be noted that fieldwork is often designed to test your mettle. In short, you should expect it to be tough and challenging, which would go to some extent to develop both your skill and talents as an officer.

Some of the duties that are bound to be assigned as part of “fieldwork” would consist of reviewing government policies and implementing the same. You would also be consulting with elected representatives and supervising the implementation of various government policies. You will also be handling disaster relief works and undertaking preparatory work in case of emergencies.

Once you have tackled your field assignments and depending on your performance, you could be assigned to the state secretariat.

Here, you would generally be expected to utilize the experience of having worked on several field assignments. And it would help if you guided the elected representatives accordingly.

If you had been assigned to the central secretariat, you would be expected to assist the Government. You would have to advise the central Government in the process of implementation of their various policies.

For example, you could be deputed to any one of the various ministries of the Government. Here, you are expected to assist the Government of the day to ensure that their various policies are carried out successfully. Do note that IAS officers, depending on their grades and performance, could also be assigned to several international bodies, including the United Nations.

If you thought that all of the above was a tad confusing, then you need to read on. The IAS is one of the civil service groups that has come up with interesting designations for its service personnel serving both state and central governments.

If you are interested in becoming an IAS officer, hopefully, this post should have helped. In addition, it should have provided you with the requisite information on what it’s all about. 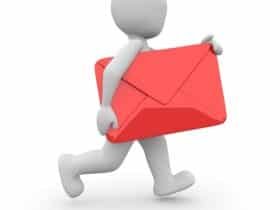