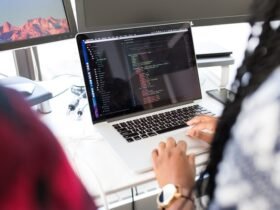 Can Commerce Graduate Do Software Testing?

Software testing is a time consuming and tedious process. Most usual testing is test-it-to-death. There must exist criteria which should be followed to decide when to stop testing.

It is required to ensure that developed software must work correctly. Before the developed software is delivered it must be error free. Test-it-to-death is not a fruitful approach, so software testing undergoes different testing phases having stopping rules that decides when to stop testing but still ensuring quality of the software.

Stopping rules are based on a well defined set of rules used for testing. One of the most common criteria to test software is – statement coverage and branch coverage known as coverage criteria. When using coverage testing it is not possible to decide whether further coverage can detect errors or not, for this software testers keep on switching to different testing strategies. To switch to a new testing startegy there must exist some criteria so that it can be ensured that new testing technique was employed since the previous testing technique was saturated.

Each testing technique used to test software is decided on two factors:

Using appropriate stopping criteria saves simulation cycle time and ensures that the objective of the test process is achieved. Developing stopping criteria is a software engineering research topic. Binomial distribution is one of the approaches to decide whether the coverage testing should be applied further or not. If the binomial distribution reveals that there exists a low probability of finding error in the next test run then testing stops.

Usage model is another criteria to determine when to stop testing. Usage model works on Markov chains which decide the next state depending on the present state. Usage models are considered to be more reliable than other models.

Following is the algorithm for stopping the software testing:

Testing is an important step in the life cycle of software. There exists different kinds of testing each differ in nature and objective. Few of the testing are given below, Table 1 list software testing:

There must exist some stopping rule based on statistics to find testing techniques that can cover large amounts of code and take the decision to stop testing. Conducting testing by setting stop criteria results in efficient testing. Setting up stop criteria is a mixture of methods from graph theory, programming language, reliability assessment and reliability-testing theory. Results of theoretical research are used to set stopping criteria. Stopping criteria must use rational techniques to bound the execution of sequence of actions.

Software testing technique must ensure that each path must be traversed at least once. To ensure this decision making in stopping criteria must be dependent on the path testing approach.

Developing a well defined stopping criteria for software testing is a topic of research.

Can Commerce Graduate Do Software Testing? 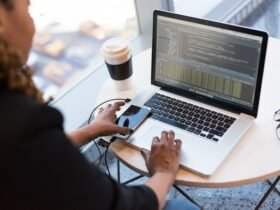 Which Traditional Order In Software Testing Is Organized?