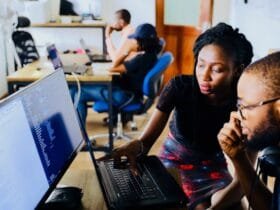 these programs control program execution, manage retrieval of required information in and out of the memory, manage resources of computers used in data processing, and perform other monitoring functions. The most critical system control program in this category is Operating System. Other software belonging to this category are Database Management Systems (DBMS) and Communication Monitors.

The compiler handles runtime errors and conducts exception handling. The assembler works with a compiler. A compiler which is system software performs lexical analysis, syntax analysis, and semantic analysis. Assembler converts low-level assembly language; on the other hand, the compiler converts high-level language.

The assembler converts the assembly language into binary instructions. Assembler increases programming clarity. An assembler translates the source file into an object file. Assembler is a system program that manages different data structures.

The application program consists of modules. Each module is independent of the other module. A module often refers to other modules. To associate two modules, a linker is used. Linker links two or more required modules. The nodule can not be executed successfully until and unless all the referenced modules and libraries are resolved. The linker resolves all the references used in a module.

Before linking, a program has to be loaded into memory at an appropriate memory area. To load the program in the main memory, a system program called loader is used. A loader accepts output from a translator and converts it into executable code.

A loader, asystem software h,as four functions associated with it: memory allocation to programs, linking all the references in the program, address resolution and putting machine instructions and data at allocated memory space.

Operating System is system software used to manage and communicate with computer hardware. The operating function performs allocation of resources and carries out functions related to the user interface.

The next system software program includes root-user processes. Root user processes are system programs that are executed with root authority. Processes that root users can perform include reading and writing any type of objects, having the power to call any system functions, and executing subsystem operations.

Database Management System (DBMS) is also a system software. This software maintains and manages records on computer systems.  DBMS stores user information that can be manipulated as required. The DBMS interacts with computer hardware to store data, retrieve data and manipulate data. Since it has to interact with the computer hardware, it has programs that interact with the operating system. The operating system, in turn, manages the storage and retrieval of user data. In addition, Database Management System interacts with secondary storage devices, processors, and memory.

What Is The Simplest Model Of The Software Development Paradigm?