Critical thinking Vs. Problem-solving: The difference between the two!

But Have you ever wondered about the difference between the two? For example, have you taken a closer look at Emotional intelligence Vs. Social Intelligence?

When it comes to the topic of Emotional Intelligence Vs. Social Intelligence, you would find that most people are often clueless. They, like yourself, assume that both mean the same and are often used instead of each other. They could not be more wrong. Let’s take a closer look at the topic and break it down for everyone’s benefit.

Social Intelligence is often built on a lifetime of experience. In short, it is about all your experiences to date, one that will enable you to understand and interact better with others. Think of it as a superset of Emotional Intelligence.

Social Intelligence takes over, whereas Emotional Intelligence stops and takes it forward. It forms the basis of all social interactions you are bound to have. And that’s why it is essential, as far as your workspace is concerned.

With the right amount of Social Intelligence, you should be able to make critical decisions, plan for the future, and make the right moves to succeed. In short, social Intelligence is a must when plotting your success, be it at the office or elsewhere.

Regarding Social Intelligence, you are bound to display the following characteristics.

·   Able to understand other people’s behavior and analyze the same accurately.

·   Shows different personalities as and when required.

·   Be concerned about the impression you make on others.

If you want to learn about Social Intelligence and how to interact with others, then you need to know that the basic premise is based on four principles. These are listed below, do check them out.

·   And being able to make decisions effectively.

And naturally, this is one of the reasons it is a critical skill to have in the workplace. Moreover, with the right amount of Emotional Intelligence, you should be able to gauge others’ reactions and emotions by their facial expressions effectively. And this should come in handy, especially during a board meeting!

·   Being emotionally aware of their own emotions as well as the emotions of others around them.

·   Being able to apply emotions to problem-solving and resolving the issue immediately!

·   Managing your own emotions

·   Being able to micro-manage your own emotions as well as those of others.

And that’s why these abilities are equally essential for the corporation to succeed! And you can even claim that both Emotional Intelligence and Social Intelligence are interrelated, and you would need both to boost your career!

What Are Interpersonal Skills? 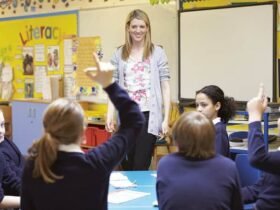 Why Leadership Is Important In Business! 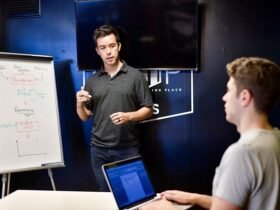 What is Strategic Leadership?

What Is Thought Leadership