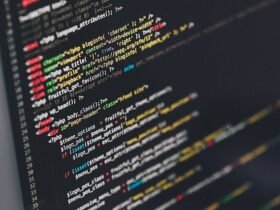 Android devices use hardware such as CPU+GPU+GPS receivers. To interact with these hardware devices, drivers are used. These drivers interact with Linux Operating System to accomplish the desired task.

The compiled Java code and associated resources are combined and packed in an Android application (APK) file. The Dalvik Virtual Machine (DVM) use this APK to execute the application on the Android device.

The Java code is executed on JDK. The JDK is Java Development Kit, and it is free software. Therefore, the JDK is different from Android API.

Android studio bridges the gap between the JDK and the Android API.

To develop Android Applications, Java code is written, this Java Code is converted into DEX code, and this DEX code is executed on DVM. This DVN is added with other resource files known as Android resources.

What are Android Resources?

The textual matter for Android applications is placed in an Extensible Markup Language XML file. The XML file is human and machine-readable. In addition, Android Studio provides an editor to interact with XML files.

Java code that is developed to be used in Android has a predefined structure. Android packages define this structure of Java code for Android.

An example of the Android package includes Android. graphics, Android. database, and android.view.animation.

These packages contain classes. These packages can be used in Android applications. The file name and class name is the same and has a .java extension.

Each Android application has one associated package. Since Java is an Object-Oriented language, part of the Java code can be used as per the requirement. To access any method of a class, the object of that class must be used.

The Java code implements many Java programming techniques such as the method structure, method overloading, method overriding, and influence of methods on variables.

A Java method contains a signature. An example of Java structure is as follows:

The method signature defines how that method will be called and how the value will be returned. A method has modifiers – public, private, and package-private. The type of value returned from the method is to be specified using return type. For example, a method can return a boolean, float, double, char, int, and long type values. A method is also capable of returning user-defined types such as DOB, Address etc.

Access specifier/modifiers are capable of specifying how to use the code. For example, access specifier public and private has their definition that specifies how the method will be used. The method can also return value it is specified by return type. The return type is a data type associated with the method.

The return type can be any data type defined in the Java compiler. If the method does not return a value, then it is appended with the void keyword.

The method can also contain parameters. The parameters are the values that are manipulated, and the results are returned.

In Java, method overloading can also be done. This is because all Java methods use variables. These variables are manipulated and operated upon within the method.

All the Java methods have variables. These variables are alive within the method’s scope and dead out-of-the scope of the method.

Each chunk can be used and re-used as required. These chunks may also be treated as Objects. An object of a class is also known as an instance of a class.

The three core principles of Object-Oriented programming are encapsulation, polymorphism, and inheritance.

Encapsulation in Object-Oriented Programming is used to provide type safety. Encapsulation keeps the internal working of the code type-safe. In addition, using encapsulation, the programs can be updated, extended, or improved as required.

All the classes of Android API use encapsulation to provide data access and type safety.

Polymorphism is used to develop programming instructions that are less dependent on the types. As a result, polymorphism makes code clean and more effective and efficient. The definition of polymorphism is different forms.

To re-use code, inheritance is used; all the methods and functionalities defined in a class can be used in other classes. To inherit a class extends keyword is used.

All the Object-Oriented Programming provide methods to add a new feature to existing programs. For example, when a definition of a class is changed, it rarely influences other parts of the program. This mechanism is known as encapsulation.

Object-Oriented Programming is used to develop programming applications that are complex and used on Android.

Example code of Java class is as follows:

To access these data members and member functions, an object of these classes are used. To create objects following method is used:

To access the member function, the object my_sol is used. My_sol is used in the following manner:

To use this class in other classes, it has to be included in the program.

A class’s data member and member function with a protected access specifier can access all the methods and classes belonging to the same package.

All the data member and member functions of a class having default access specifier are accessible to the sub-class.

Data member and member functions can be initialized either by using methods or by using constructors. Constructors are the same as that of methods. All constructors can be called at the time when the object of the class is created.

Java also supports this keyword. this keyword can be used to access a data member or variables of a method explicitly.

Example code to illustrate the use of this keyword is as follows:

Here Army_Solider is the constructor that accesses the data members. The data members of the class are accessed using this keyword.

A class having useful functionality can be accessed in another class by inheriting that class. The class can be inherited using the keyword extends. Following is the signature of the class that extends other classes:

The example of inheritance is as follows:

This class can be inherited in  the following manner:

Java has the capability of implementing different forms of the same functions. Using polymorphism, simple and efficient code can be written.

An abstract class is created in the following manner:

To use interface implement keywords are used. Following is an example of an interface.

This article explains the concepts used in Object-Oriented Programming with examples.

Thus this is a comprehensive article covering the critical aspects of Android and the language used to develop Android applications.

This article requires a minimum number of two reads to get into it. 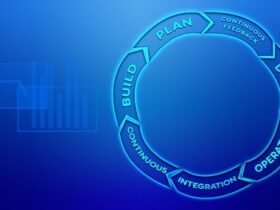